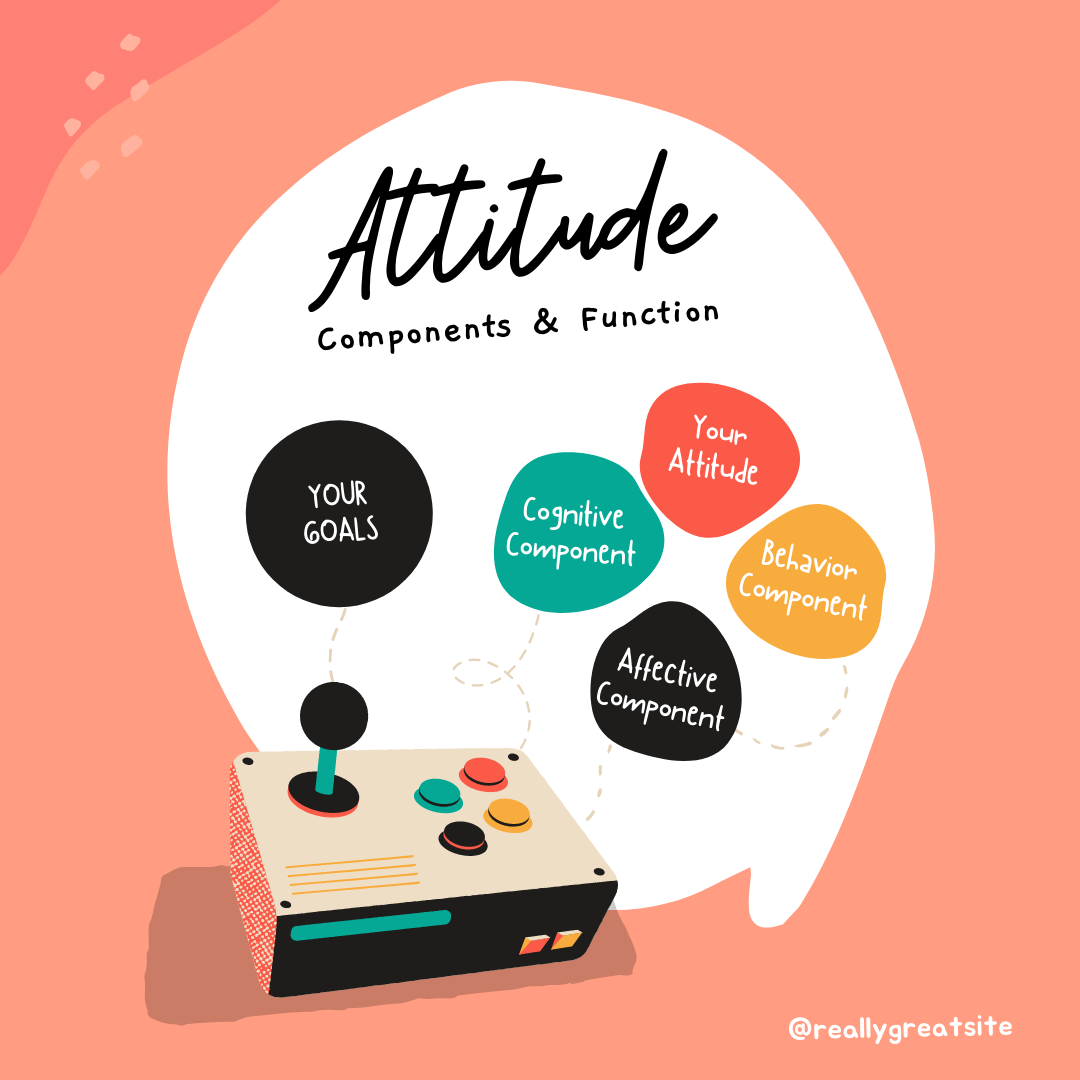 Attitudes are judgments of ideas, events, things, and even individuals. It is the behavior of disposition, attitude, and posture of a human or object and its tendency or direction. They can be neutral or positive at times, but they can also be negative. They can also be defined as a learned habit of responding to social stimuli.

For example, there are mixed feelings when we feel unsure about a topic or a person. Whatever the reason, attitudes are an important topic of research for social psychologists because they influence our decisions, such as what we eat, how we vote, and what we do in our spare time.

Each attitude comprises three components that are represented by the ABC theory of behavior (A for affective, B for behavioral, and C for cognitive). While all three of these components are present in every attitude, one of them may be more prominent than the other.

The cognitive component of attitudes comprises the thoughts, beliefs, and attributes that we may associate with an object. An opinion or belief segment of an attitude is referred to as that part of thoughts. It refers to the part of an individual’s attitude that is based on their broad knowledge. The cognitive component is based on knowledge or facts. Our perspective of a person or scenario is determined by our cognitive attitudes, which reflect our observation and understanding of that person or event.

The emotional or feeling component of an emotion is referred to as the affective component. The effective part of attitude is focused on a person’s emotions and feelings and how these influence their attitude toward other people or things. For example, if you have a favorable attitude toward someone, you are more inclined to talk to them positively. It occurs as a result of a statement that has an impact on another person.

It’s the outpouring of emotions or feelings, such as hatred or terror that come to the surface of things. Someone may believe, for example, that all newborns are cute or that smoking cigarette is bad for their health.

They are frequently exposed to stereotypes or generalizations, such as “all newborns seem cute,” “smoking cigarettes is bad for your health,” and so on.

The person’s predisposition to behave in specified ways towards the object is the conduct component of an attitude. It refers to the aspect of behavior that reflects an individual’s short- or long-term intentions. An emotional or efficient component, as well as a behavioral component, make up one’s attitude. The behavioral part illustrates how our mindset affects how we act and behave. It can assist us in comprehending their connection and the potential link between our attitudes and our actions. The behavior component determines how we react to someone or something.

Each of these factors is distinct from the others, and they may interact to shape our perceptions and influence how we interact with the world.

Attitudes can assist people in adapting to their new workplace.

Employees are more likely to have a favorable view of management and the organization if they are treated respectfully.

Employees are more likely to develop a negative attitude toward management and the organization if they are scolded or compensated poorly.

These behaviors assist employees in adapting to their surroundings and provide a solid foundation for future behavior. The adjustment function directs people toward delightful or rewarding objects and away from those that are undesired or unpleasant.

Its goal is to maximize rewards while reducing punishments.

As a result, the employees’ decisions mostly depend on their beliefs of what is required to be pleased and what is punishing.

Maintaining attitudes that protect our self-esteem or justifying activities that make us feel guilty is the ego-defensive function. Allowing people to utilize defense mechanisms to protect themselves from psychological harm is a psychoanalytic principle.

Denial, suppression, projection, rationalization, and other mechanisms are examples.

For example, an older supervisor whose decisions are often questioned by subordinate management may believe he is arrogant or confident and inexperienced. In reality, the younger subordinate may have a valid point in questioning the decision-making process. The senior executive may not be the most effective leader and may make terrible decisions. The boss of the past, on the other hand, will not confess it and will strive to defend his manager’s self-esteem by attacking the other side.

In contrast to ego defensive beliefs, which are designed to protect a person’s self-image values, Expressive attitudes allow for the expression of a person’s core values.

Central values can aid in forming our identity and the acquisition of social acceptance, providing us with a sense of who we are and what we believe in.

As a result, they embrace particular values to communicate their values in a more tangible and easy-to-express manner.

Our self-image is inextricably tied to our value-expressive ideas.

A person whose primary concern is freedom of thinking may hold very favorable views on decentralization of authority in the workplace, flexible work schedules, and the easing of dress codes.

The word “knowledge function” refers to a constant and relatively stable need.

This provides us the feeling of being in control by allowing us to foresee what will happen.

Certain attitudes are advantageous because they help to make the world more understandable.

They help people assign causes to events and bring attention to the features of individuals or situations that may be valuable in comprehending them.

As a result, they can improve the quality of life by making it more easily available, predictable, and intelligible. In addition, knowing a person’s mindset can help us predict their behavior.

Those who are unfamiliar with nuclear energy, for example, may adopt the perspective that it is dangerous and should not be employed as a source of energy.

Another example is stereotyping.

We can use a stereotyped technique to make judgments about someone when we don’t know them.